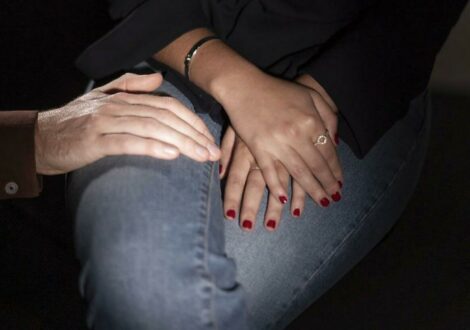 As employers will already be aware, the Equal Treatment Act makes employers legally responsible if an employee is harassed at work by another employee. Sexual harassment cases not only affect the working environment but also the employer’s reputation. Furthermore, if an employee is successful with a claim of sexual harassment an award of compensation can be made. The risks and issues in connection with sexual harassment in the workplace are highlighted in a recent case considered by the Board of Equal Treatment.

The Board of Equal Treatment is an independent board that determines cases of discrimination.  The Board recently considered a case concerning a female employee who was sexually harassed by her manager and was subsequently dismissed from her employment.

The sexual harassment compliant in this case concerned an incident that took place on 1 October 2020. The employee and the CEO and one other colleague went outside at the end of the working day to smoke, whilst outside the CEO bent the female over and patted her on the bottom. The employee was as expected extremely shocked and humiliated by the behavior.

Following this email further emails took place between the employee and another director in the company, in which the employee expressed her concerns about the workplace culture and stated that “it was no longer healthy, and I don’t want to be part of that culture”. In addition, the employee raised 2 further allegations of sexual harassment that had occurred earlier. Following these further emails were sent in which a severance package was initially discussed.

However, no agreement was reached, and the company terminated the employee’s employment on the grounds that the employee had indicated that she wanted to stop working for the company and had not been forthcoming in discussing the terms of the resignation.

The employee made a claim for sex discrimination claiming that she had been dismissed due to raising a complaint of sexual harassment.

The Board of Equal Treatment found that the employee had not been dismissed due to making a complaint, however that she had been terminated due to incident that took place on 1 October 2020.

This case shows the serious consequences if an employer does not deal with allegations of sexual harassment in a proper manner.

Mette Klingsten Law Firm has assisted many companies with investigations in connection with sexual harassment in the workplace and assists  in effecting warnings, terminations, and agreements. Companies should consider implementing a sexual harassment policy, to set out the standards of behavior in the workplace or alternatively reviewing current policies to ensure that the are up to date. Please contact Mette Klingsten law firm for any questions or assistance you may require.

Read the Board of Equal Treatment’s decision here: